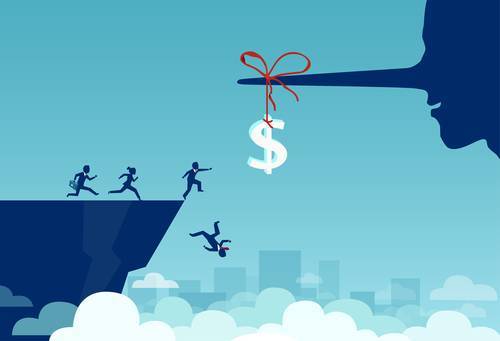 Paulette Carpoff, 51, of Martinez California, was sentenced to 11 years and three months in prison for her role in a $1 billion solar fraud scheme.

Paulette Carpoff controlled the Ponzi-like payments that hid the company’s lack of third-party lease revenue, caused fake engineering reports for MSGs that the company sold but never built, and helped fool investors into thinking that DC Solar was a success.

Paulette Carpoff played an integral part in a massive criminal fraud scheme. She lied about the high demand for DC Solar’s products, and millions of dollars have been recouped.

Mrs. Carpoff participated in and enjoyed the spoils of an egregious, complex fraud scheme that provided the Carpoff family and associates with a luxurious lifestyle and esteemed position in the community at the expense of their community and business contacts.

Paulette Carpoff, the Chief Operating Officer of DC Solar, engaged in lies and deceit while running the largest Ponzi scheme in the Eastern District of California. Her crimes were exposed by the IRS.

Paulette Carpoff was sentenced for conspiring with others to carry out a Ponzi scheme that defrauded investors of approximately $1 billion.

Video about the Billion Dollar Scam:

Summary of the Video:

Dc Solar was a ponzi scheme that promised high financial returns, but instead paid dividends to initial investors using the funds of subsequent investors. It was founded by Jeffrey Karpov, but neither he nor his wife Paulette have a Wikipedia page.

The lawsuit states that from 2011 to 2018, Dc Solar offered securities to investors, and that the success of the venture and thus the profits to investors and Dc Solar turned entirely on the efforts of Dc Solar to make maintain, market, and lease the generators.

Nine out of ten adults are in favor of expanding solar power use, and there’s plenty of job growth there too. So Dc Solar took advantage of this and raised about 910 million dollars in investor money.

Dc Solar Solutions, Inc, a bankrupt company that made mobile generators powered by solar panels, got a gigantic leg up on the competition because Warren Buffett invested in it. But the company’s rise and fall is a tale of greed perpetuated by a little known former auto mechanic.

Dc Solar sold fake solar energy generators to investors, who had to pay back 500 million dollars in tax revenue.

The reason there wasn’t as much information about this case or people don’t seem as worked up about it as they really should be, is because the victims were all corporations, which are faceless companies that make more than most of us could ever dream.

Aside from these businesses, Dc Solar played a huge role in this Nascar scam. They claimed to provide products for the racers, but didn’t provide nearly as many as they claimed.

One interview revealed that Jeff Karpov started Roverland Usa, one of the largest independent, certified Land Rover and Jaguar repair facilities in the country, before getting involved in the solar panel business.

A previous client asked me if I could outfit some of his emergency equipment vehicles with remote power, and I said sure, we can power a 1 500 square foot house.

Jeff at least initially had decent intentions for his business, but it seems like he got hooked on the money and fame that eventually everything would be lost right in early 2020.

The Karpovs used the money generated from the scheme to buy luxury real estate, cars, jets, suites at professional football stadiums, the Martinez California Clippers minor league baseball team, and a 2018 performance by an internationally known rapper at a company holiday party.

The U.s Transportation Department described Dc Solar as among the most innovative folks in the private sector, but by the end of 2018, Dc Solar had virtually ceased production of new generators on any scale, and investors had lost over 1.8 billion dollars.

The overwhelming majority of generators that Dc Solar sold to investors were not manufactured. Only about 37 percent of the generators that were sold by Dc Solutions were found in total.

The Karpovs took numerous steps to hide the fact that the generators had not been manufactured, and they made false statements to investors. They also manipulated Vin numbers, and hidden lease revenue, and made false financial statements.

The Karpovs made income statements for Dc Distribution that falsely stated that Dc Distribution generated hundreds of millions of dollars in rental income. The Karpovs also prepared misleading pitch books that were reviewed by Jeff and Paulette Karpov.

The Karpovs, along with several co-conspirators, oversold making transactions to sell 2.5 billion dollars worth of solar panels, and pleaded guilty to money laundering. They forfeited 120 million dollars in assets, which is the largest criminal forfeiture in the history of the Eastern District of California.

The Karpovs were supposed to be sentenced May 19th of 2020, but because of Kovid that’s been delayed. They agreed to pay between 800 million and 1.6 billion dollars to their victims, but Jeff’s attorney stated that the business grew too large for him to handle.

Susan Seligson, a journalist, believes that most ponzi schemers are sociopaths, and that their main feature is lack of empathy for other people. She also believes that some of these con artists are addicts, and that failure is simply a signal to create something else.

One of the difficulties in discovering scammers is that they are so close to quote normal people. They don’t feel what other people feel, like Marie Antoinette did not experience starvation.

This is where the video is going to end, guys, because there’s not much more to say about this ponzi scheme, and we don’t know how many years the guys are getting or how much money they’ll have to pay back to their victims.