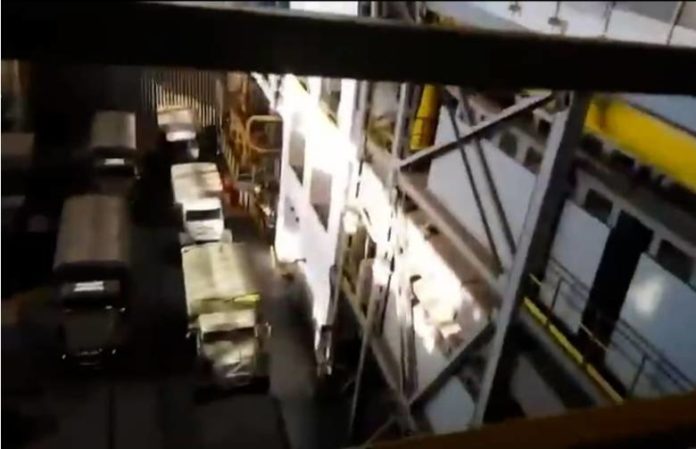 The footage shows several vehicles, including one marked with the pro-war symbol “Z”, sitting in the far western edge of the building on the ground floor, just over 400 feet (130 meters) from the reactor.

Moscow has previously said the only military equipment at the plant is related to guard duties, but on Thursday, it claimed that satellite imagery showed otherwise.

Both Ukraine and Russia have accused each other of threatening nuclear terrorism, particularly around the plant. On Monday, the chairman of Ukraine’s state nuclear power company said Russia was storing 14 “units of heavy military equipment” in the “first power unit” and six vehicles in the “second engine room”.

The Zaporizhzhia nuclear power plant, the biggest in Europe, has been under Russian control since March. In recent weeks, shellfire has damaged a dry storage facility and radiation monitoring detectors, but experts say a repeat of the 1986 Chernobyl disaster is incredibly unlikely.

UN Secretary-General António Guterres called for the area around the plant to be “demilitarized” and said any potential damage to Zaporizhzhia would be suicide.