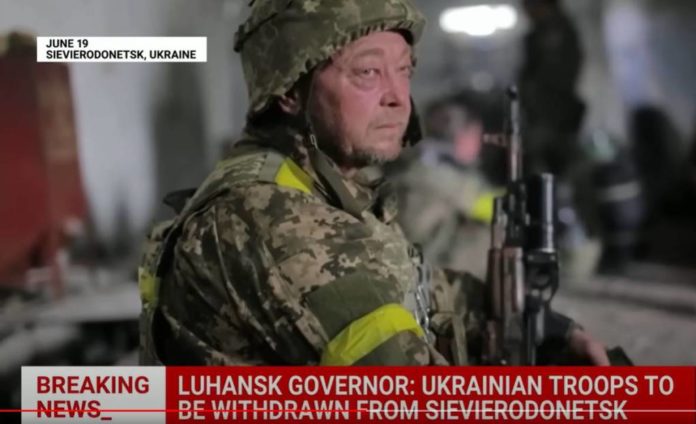 After weeks of ferocious fighting, Ukrainian forces have begun retreating from Sievierodonetsk, the administrative center of the Luhansk region, to move to more vital positions, a regional official said Friday. The Russians have made gains around Sievierodonetsk and Lysychansk in a bid to encircle Ukrainian forces.

Russia used its numerical advantages in troops and weapons to pummel Sievierodonetsk, while Ukraine clamored for better and more weapons from its Western allies.

The Ukrainian military is retreating from Sievierodonetsk, but some troops remain in the city, facing Russian bombardment that has destroyed 80% of buildings. The Russians are also advancing toward Lysychansk, but Ukrainian defenders have driven them out. 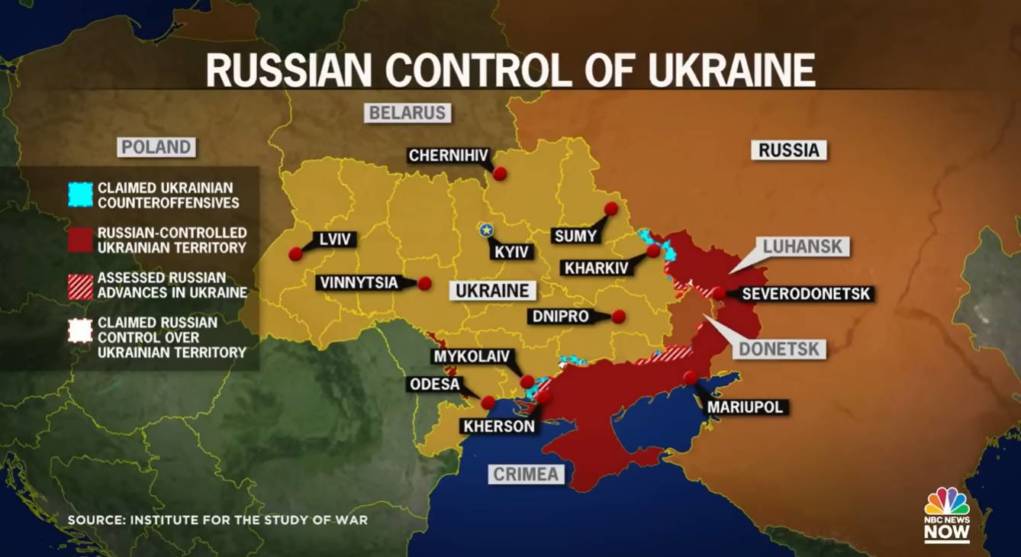 Following a botched attempt to capture Kyiv, Ukraine’s capital, Russian forces have shifted their focus to the Donbas, where Ukrainian forces have fought Moscow-backed separatists since 2014. The U.S. has sent four medium-range American rocket launchers and 18 coastal and river patrol boats.

The day after Ukraine was approved as a candidate to join the European Union, Zelenskyy urged Ukrainians to quietly celebrate the moment and be proud of how far the country has already come.

In Tbilisi, Georgia, thousands of people rallied to demand the prime minister’s resignation over his government’s failure to implement the necessary reforms for Georgia to join Ukraine in being accepted as a candidate for EU membership. Zelenskyy addressed the rally by video and urged music fans to “spread the truth about Russia’s war.”

An official with the pro-Moscow administration in Kherson was killed in an explosion Friday. There was no immediate claim of responsibility.