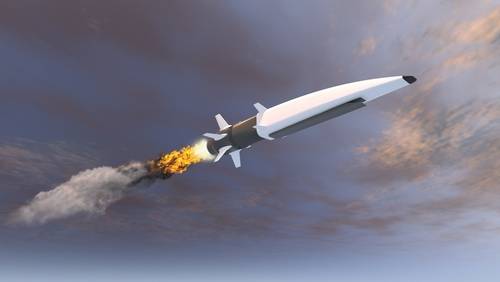 The United States has successfully tested a Raytheon air-breathing hypersonic weapon capable of speeds faster than five times the speed of sound, making it the third successful test of that class of weapon since 2013, the Pentagon said in a statement on Monday.

The development program for the Hypersonic Air-breathing Weapon Concept (HAWC) is being run by the Defense Advanced Research Projects Agency, or DARPA.

Raytheon and Lockheed Martin Corp are competing for the DOD contract to make the next-generation missile system.

Air-breathing vehicles use air captured from the atmosphere to achieve sustained propulsion. Different propulsion types work in the vacuum of space. This helps the missile travel at 5x the speed of sound.

There have been four air-breathing hypersonic weapons tests since September. Raytheon’s product has been successful both times, and Lockheed had one successful test and one failure.

“Advancing our nation’s hypersonic capabilities is a critical national imperative, and this was an important step forward. Having back-to-back successful flight tests gives us even greater confidence in the technical maturity of our HAWC prototype,” Wes Kremer, president of Raytheon’s Missiles & Defense business unit, said.

During the flight test, after releasing HAWC from an aircraft and accelerating to hypersonic speeds using the scramjet engine, Raytheon said in a statement, “The vehicle flew a trajectory that engineers designed to intentionally stress the weapon concept to explore its limits and further validate digital performance models.”

This success marks the third successful test in a string of hypersonic weapons across different U.S. programs in development.