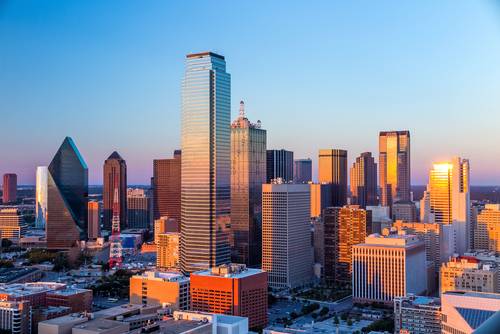 Authorities say two people were killed in a murder-suicide shooting inside the Dallas County Medical Examiner’s Office on Tuesday.

A woman and a man were found dead inside the building, Fritz said. Their relationship wasn’t immediately clear, but one of them is believed to be an employee.

There appears to be no longer a threat to the public, according to Dallas County Judge Clay Jenkins. A search was conducted by law enforcement both inside and outside the medical examiner building as part of the protocol for active shooter incidents.

Texas Sky Rangers video showed people running outside to the parking lot from the front of both buildings.

“The news is heartbreaking. My heart goes out to those who have lost loved ones. Grief counseling will be available to anyone who needs it,” Jenkins said.