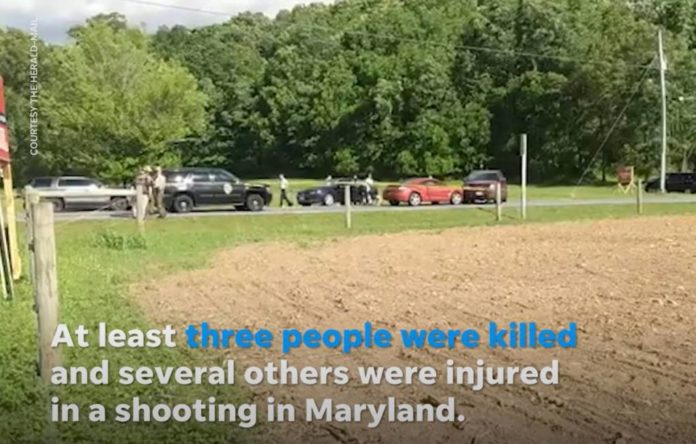 Authorities said a 23-year-old man shot four coworkers at a manufacturing plant in western Maryland, killing three. The suspect and a trooper were wounded.

The fatal incident is the 254th mass shooting this year, and several bills for gun reform have passed the House.

Police from Smithsburg discovered one victim in a field near the business, and three victims were dead. The suspect was found driving about 5 miles away and started shooting at the troopers when they tried to stop him.

The wounded trooper is doing well, Dofflemyer said, while the suspect “is continuing to be treated.”

Smithsburg is about 75 miles west of Baltimore. It is about 100 miles from the border with West Virginia, where the suspect lives, according to the sheriff.

Workplace mass shootings were more common before the modern era ushered in far more attacks on schools and churches.

The Bureau of Alcohol, Tobacco, Firearms and Explosives office in Baltimore and the FBI said agents are assisting the sheriff’s office with the incident.

For more on this story,  please consider these sources: