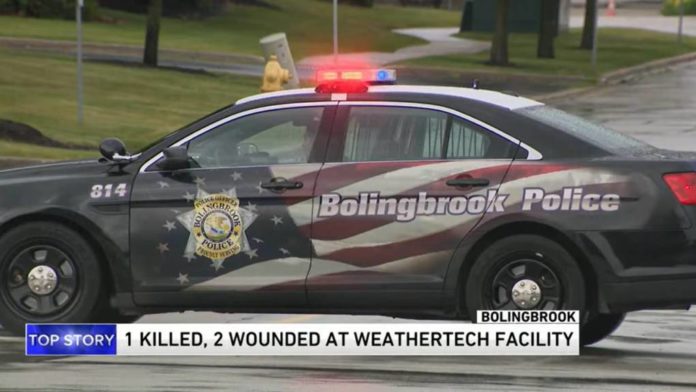 One killed, two others shot at Illinois WeatherTech facility – CNN

A suspect is in custody following a deadly shooting at a WeatherTech facility in Bolingbrook, Illinois, on Saturday morning, according to the Bolingbrook Police Department.

Bolingbrook is located about 35 minutes southwest of Chicago. A city that has been plagued by crime.

Police were dispatched to the facility around 6:25 a.m. local time after a suspect shot three co-workers after allegedly stealing a watch and a wallet at gunpoint from two co-workers, according to police.

All three victims were WeatherTech employees, police said in a news release.

The shooting suspect, identified as Charles C. McKnight Jr., 27, was with a temporary employment agency and had been assigned to the WeatherTech Facility earlier this month, according to police.

The Supreme Court struck down a New York gun law, marking the broadest expansion of gun rights in a decade.