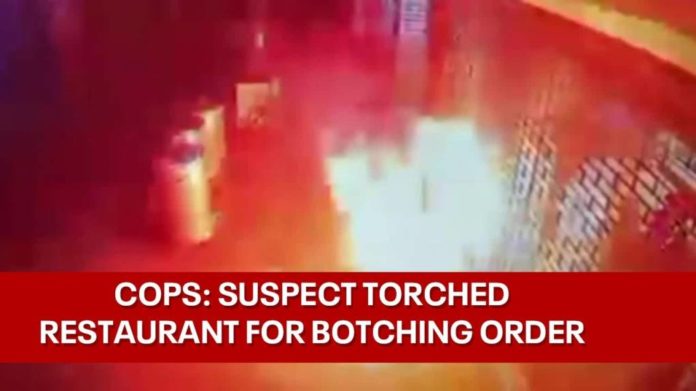 A man set a restaurant on fire in Queens, New York, and admitted doing it because his order was wrong. Police teamed up with Fire Marshals for two weeks to catch the suspect.

Choephel Norbu, 49, admitted to setting Ittadi Garden and Grill in Jackson Heights ablaze after the staff allegedly botched his order the night before.

Norbu lit a gas can and threw it at the store, which caught fire. The business suffered over $1,500 in damages. Fortunately, no one was inside the building at the time of the fire. However, the financial damage to the restaurant owner is still devastating.

After the customer set fire to the restaurant, he was charged with third-degree arson, reckless endangerment and criminal mischief.

Surveillance footage from the crime scene can be seen below. The video shows the moment Norbu set fire to the storefront of the NYC restaurant. After soaking the area in gasoline, Norbu was also exposed to the fire and caught a few flames for himself.

For more information on this story, check out the news outlets listed below to stay in the know.