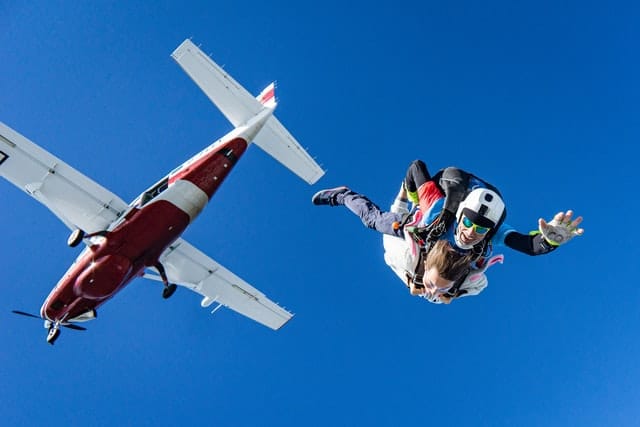 Skydiving experts Andy Farrington and Luke Aikins were confident they would pull off one of the most glorious stunts ever recorded.  Mid-air, double nose dive double skydive airplane swap where both pilots would free jump to the other’s plane.  Unfortunately for them, it didn’t go well, with one plane crash landing, and now the F.A.A. is investigating.

On the positive side, neither of the pilots nor anyone else was injured due to the insane stunt.  We are sure the F.A.A. will have something else to say about the attempt, but the planes were rigged with safety countermeasures, and the unpiloted plane auto-deployed a parachute to make it land softer than a free fall.  Red Bull did not comment on the matter, especially since the product’s promise of “giving you wings” did not come to fruition this time around.

Luke Aikins had an insightful Instagram comment about the matter “there’s no way to test it until you do it.”  Words he no doubt lives by at all ends of his life.  We wish them luck on the next run, perhaps a mid-air helicopter trade or a mid-free-jump parachute trade?  We are excited to see their subsequent attempts at glory.

Read more on this news at the following additional sources: