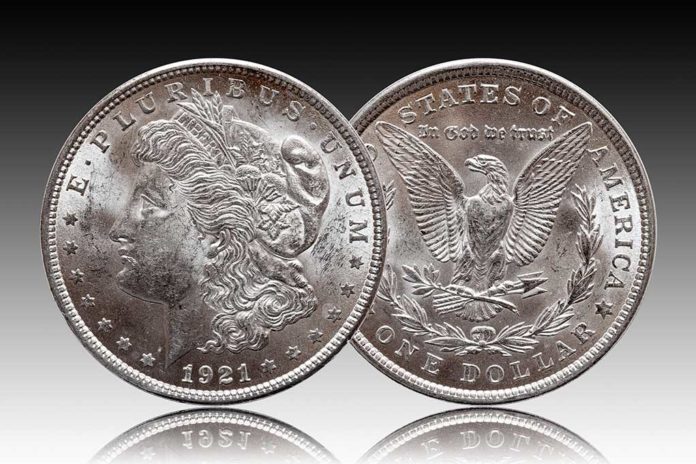 (InformingNews.com) – Some people loved them, while others hated them. Either way, thanks to HR 6192, signed into law by then President Donald Trump, some of the silver dollar coins will be making a comeback.

On January 5, 2021, legislation was put into law requiring the Department of Treasury to mint Morgan and Peace dollar coins as a way to honor their 100th Anniversary.

Silver dollars began an important part of American history. It was 1792 when the Mint Act made it possible for the United States to establish its own coinage. Although it wouldn’t be minted until 1794, the Silver dollar would be the highest-denomination silver coin. The coins seemed to disappear rather quickly, however, so production of them came to a halt in 1804.

Congress reestablished the minting of silver dollars in 1836, and issued them for general circulation in 1840, but most were rarely seen by Americans. The majority were held in bank vaults or exported. By the Act of 1873, silver coins had been virtually eliminated from circulation, melted down for their precious silver bullion.

In 1878, the Bland Allison Act restored silver as legal tender, prompting the birth of the Morgan Silver dollar. Two million coins a month would be produced from the Comstock Lode. The early 1900s saw people using more paper money and less coinage, resulting in stockpiles of silver dollars in banks and the US Treasury Department vaults.

Congress passed the Pittman Act in 1918, requiring the melting of almost half of all the Morgan Silver dollars ever minted to replenish silver bullion reserves. In 1921, as part of this act, the government purchased silver as a way to reinstate the Morgan Silver dollars. They would be minted once again until they were replaced by the Peace Silver Dollar.

WWI is over, it’s the end of 1921, Americans are in an economic boom and silver coins are needed to replace the meltdown from the Pittman Act. The Peace Dollar makes its grand entrance. This new silver dollar memorialized the end of the war to end all wars, showcasing the words “Liberty” and “In God We Trvst” with the letter “v’ in trvst standing for victory. It would bring Americans through the roaring 20s and cease production not long after the Great Depression.

The Silver Peace Dollar series will celebrate its 100th anniversary in 2021. The United States Mint began taking preorders in late May to early June. These Silver Peace Dollars will be struck from .999 silver instead of the original .900. Coins became available for shipment sometime in October of 2021, and purchasers had five Morgan Dollar options or one Peace Dollar design to choose from.