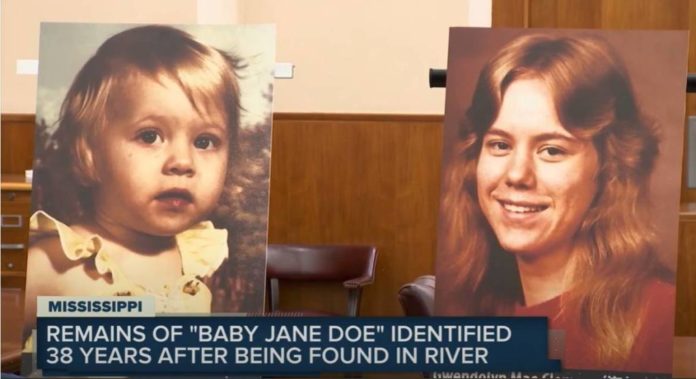 Lee Ann Daigle, 58, was arrested and charged with murder in the 1985 death of her newborn baby girl, “Baby Jane Doe.”

The case began after Daigle’s baby’s body had been discovered by a dog that dragged the body of “Baby Jane Doe” about 700 feet to the dog owner’s home in the Maine town of Frenchville, state police said.

The dog was a Siberian Husky named Paca. She came across the baby in a gravel pit and knew something was wrong, so she scooped the baby up and brought her home.

“She kept pounding at the door’s window to get back in,” the dog’s owner Armand Pelletier told the Bangor Daily News in 2014. “She kept pounding, and after a while, I went to go look, and I could not believe what I saw. I saw what looked like a little rag doll, but then we saw it was a frozen little baby.”

The case remained a cold case for the last three decades, with detectives throughout the years passing it on to the next generation hoping that they would eventually catch a break that led to justice for the baby.

The case of Baby Jane Doe was finally cracked with the help of advancements in DNA technology and genetic genealogy. This is how they tracked down Lee Ann Daigle.