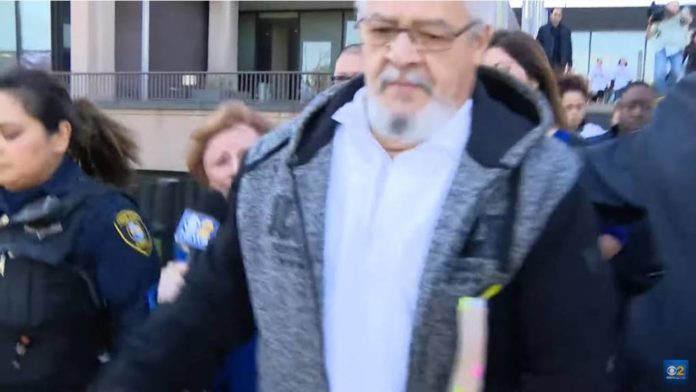 The Cook County state’s attorney’s office dismissed seven cases and an eighth to be heard at the Leighton Criminal Court Building, saying they could no longer stand by the convictions.

Alfredo Gonzalez’s family had been waiting for a long time to see him, after he was taken away from them when they were young.

Nelson Gonzalez, who served 22 years and was released in 2016, called on Kim Foxx to seek charges against Guevara and the other CPD agents that helped him convict these individuals.

Gonzalez said he plans on going back to school to study criminal justice and continue to help the community.

The conviction of Louis Robinson, an eighth Guevara accuser, was not thrown out Tuesday. He is still serving a 60-year sentence.

The state’s attorney’s office said Guevara had repeatedly pleaded the Fifth Amendment right not to incriminate himself and was not truthful when asked questions. They are reviewing the cases and may file charges if appropriate.

Foxx said three other cases would be reviewed in the coming weeks, and he anticipated that more individuals would come forward.