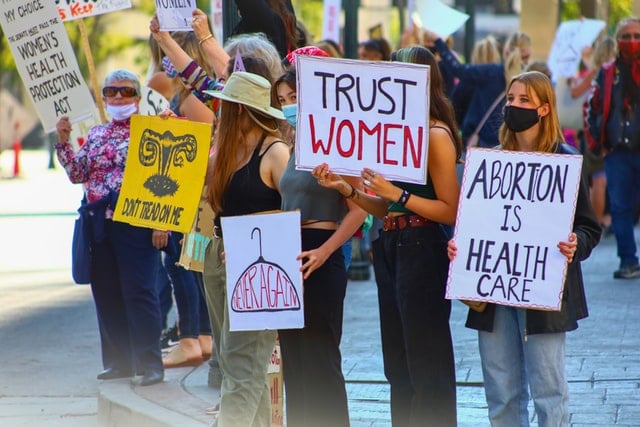 Participants at a rally in Portland called on people to donate to organizations that provide access to abortion and to vote. They also talked about the specific groups who would be most impacted by Roe v. Wade being overturned.

The most affected people are those who have been historically marginalized, including those who are not able-bodied. Lincoln said abortion should be normalized so women have control over their bodies.

A group of marchers arrived at the PSU rally, chanting “No more speeches, get on the street.” They broke windows and spray-painted buildings nearby.

Rachel Brodeur, 35, said federal services already prevent access to abortion for many Native Americans. She said she drives an hour and a half to the Warm Springs Reservation to receive health care.

Planned Parenthood Alliance Advocates feared that Roe v. Wade would be overturned, and that recent policies such as same-sex marriage and access to contraception could also be threatened.

Elling said she hoped more people would show up to vote in upcoming elections, especially young people, because they are more likely to align on reproductive issues.

Several hundred people rallied at the Eugene Federal Building on Tuesday afternoon. They marched through downtown Eugene after the rally.