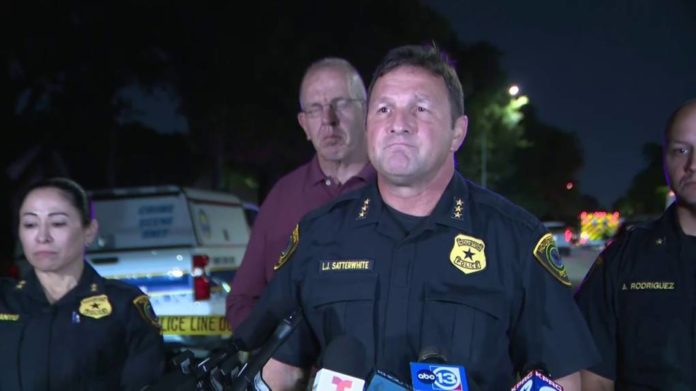 HPD: 2-year-old found dead inside stolen vehicle after father shot to death during meetup; suspect on the run – KHOU.com

A 38-year-old man was shot to death during a meetup in the Gulfton area Tuesday. The suspect jumped into the victim’s SUV and took off.

Police received a call from the woman around approximately 6:30 p.m. reporting that her husband and child were missing, and found the child unresponsive in the backseat of an abandoned SUV. The child died from heat exposure.

A male suspect is still on the loose, leaving the vehicle locked up turned off, and that’s probably what led to the child’s death.

The police are asking the public for help in identifying the suspect in the shooting death of a mother and her two-year-old child. To share any information, they encourage the public to contact the Homicide division at 713-308-3600 or Crime Stoppers at 713-222-tips. Authorities don’t know the suspect’s name, and so they need the Public’s help to identify him.

For additional information on this case, please consider the news outlets listed below to stay in the know.