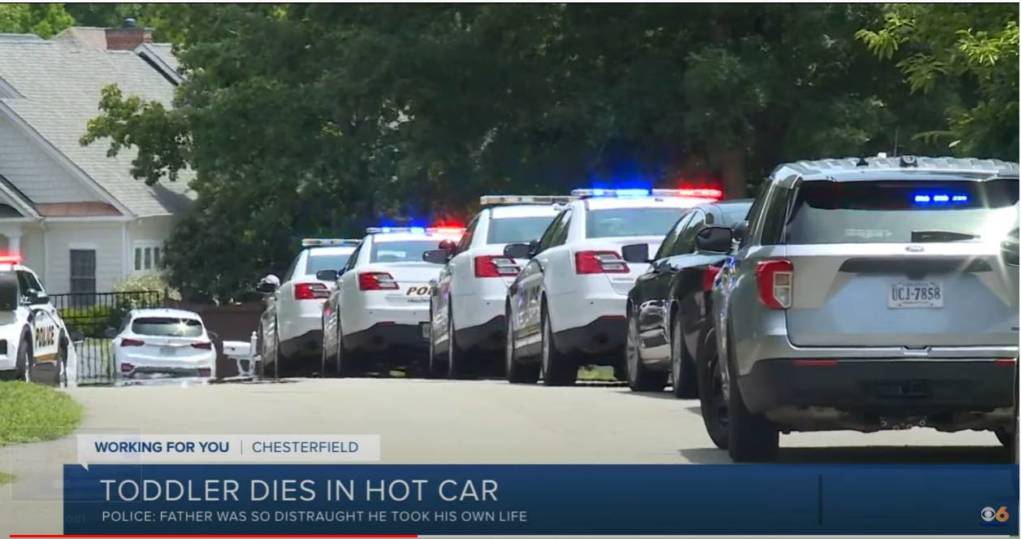 On Tuesday, the temperature in Midlothian, Virginia, was around 81 degrees Fahrenheit.  Chesterfield County police received a call about an 18-month-old boy left in an unattended vehicle and found the child’s body in that vehicle and the father dead outside his home.

Children can suffer heatstroke when their body temperature reaches 104 degrees. Investigation revealed that the father left the child in the car for three hours while at work.

When the father returned to his car from work and found his lifeless toddler, he took his own life, shooting himself in the woods behind his home.

Forgotten Baby Syndrome was a term coined to describe this common scenario since it usually involves a parent or caregiver who forgets their sleeping child in the backseat.

Shockingly, this scenario is more common than expected; however, there are tips to prevent this from happening to caregivers.

Baby’s bodies can heat up 5 times faster than adults can.

To prevent hot car deaths, pediatricians have recommended placing the child’s car seat behind the passenger seat, keeping essential items in the back seat, and looking in the back seat before locking the car doors.

If you happen to see an unattended infant or child in a car, call 911.