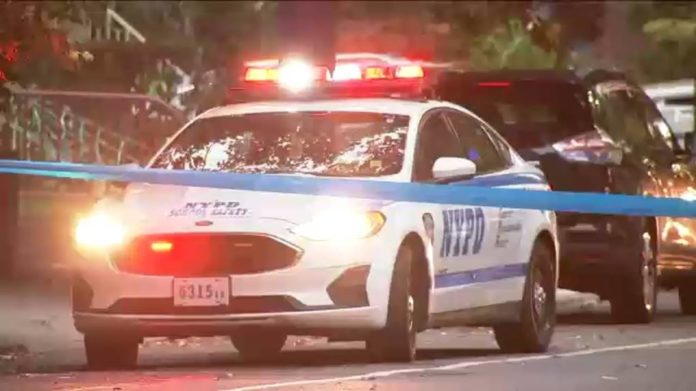 Police say a woman was shot in the head in Marine Park and is in critical condition. A person of interest is in custody.

A 36-year-old mother was shot in the head in Brooklyn on Tuesday, and investigators believe it was a suicide attempt.

Cops located the father and child in a car near the scene of the shooting and questioned him about another situation. The man is being interviewed by police in a separate domestic violence incident with another girlfriend.

Police recovered surveillance footage of the child’s father leaving with the gun used by Wingate to shoot herself.

Wingate and her baby’s father had been arguing before the 4:10 p.m. shooting, a police source said. She shot herself less than a mile from her Sheepshead Bay apartment building.

The shooting prompted a lockdown at the school, and dozens of students had to stay in the auditorium. The seventh grader heard the gunshot and expressed to her mom that she didn’t feel safe. Parents went into a panic, kids were separated from their worried parents for more than three straight hours remaining In.

A crowd of parents grew outside during the first day of the after-school program, as the school confirmed a shooting had occurred.

For additional information on this incident, please consider the news outlets listed below.