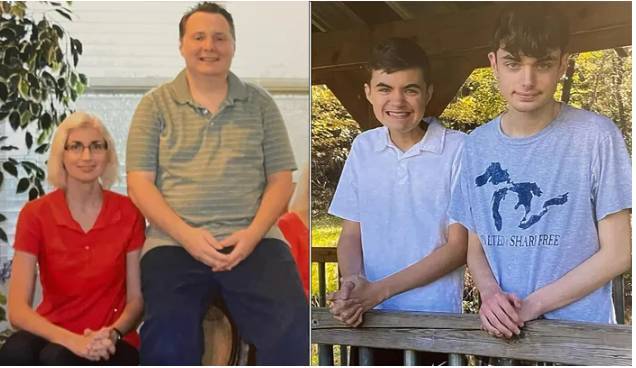 An entire Michigan family mysteriously disappeared from their home over the weekend, leaving investigators baffled.

According to authorities, Anthony and Suzette Cirigliano and their two sons, Brandon, 19, and Noah, 15, went missing Sunday in their silver 2005 Toyota Sienna minivan.

Neither the couple’s credit cards nor bank accounts have been used. Anthony’s phone has been turned off, and Suzette’s and the boys’ phones were found in their home. Search warrants turned up no clues.

Suzette had been caring for her elderly mother, who suffers from dementia, while Anthony works in finance.

Approximately 45 miles north of Grand Rapids, the elderly mother was found wandering the streets of their Fremont neighborhood on Monday.

Upon investigating, the police discovered that the Cirigliano family wasn’t home and had left abruptly without arranging for Suzette’s mother’s care.

After midnight the night before, Anthony called 911 in distress. Rodwell said Anthony was complaining about some elaborate issues related to the Sept. 11 attack. “He was showing some paranoia and some concern about the FBI and CIA to my officers.”

Rodwell said that the police determined that nobody was in imminent danger after speaking with Anthony for 45 minutes and Suzette for 20 minutes.

“They seem to be really good people who take care of their family,” he said. “No one has had any trouble with them.”