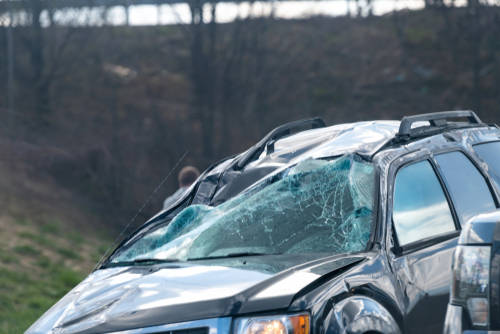 A man drove through a crowd gathered for a fundraising event, killing one person and injuring 17, before fatally attacking a woman in a neighboring borough, Pennsylvania authorities said.

NBC affiliate WBRE of Wilkes-Barre reported that 17 people were injured and 1 person was killed. It is also being reported that Reyes killed another woman in a neighboring town.

The fundraiser was for the families of 10 people who were killed in a fire in the town a week earlier. Including seven adults and three children. That fire is being investigated as a ‘complex criminal case’ per the Pennsylvania State Police.

Saturday’s benefit was being held at the Intoxicology Department bar and restaurant, and included a water balloon fight and a dunk tank. People had also gathered in an adjacent outdoor space, where various vendors and a basket raffle were set up under tents.

The bar posted on Facebook that it would be closed until further notice.

Funerals were held Friday for some of the victims who died in the Aug. 5 blaze. The fire destroyed a two-story home, and remains were discovered as authorities went through the rubble.

There is no assumed connection currently between the fire that killed the ten victims and the crash at the fundraiser.