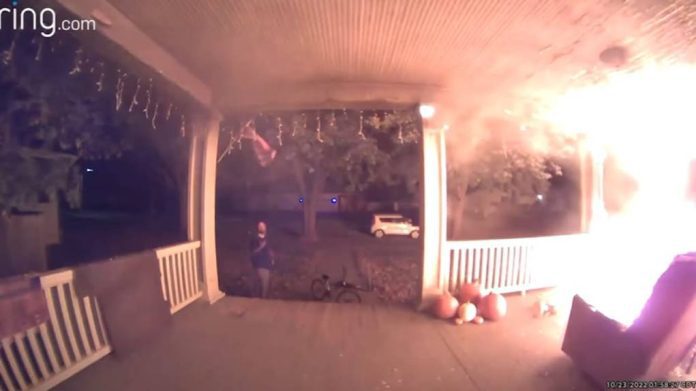 A driver who made a wrong turn wound up on the street in front of a burning house and rushed to wake the family up.

Brendan Birt was driving a friend home when he saw the fire. He called 911 and approached the home himself.

It was around 2 a.m., so Birt had assumed there were probably people inside the flaming house. When he started knocking on the windows, he tried to wake up whoever might still be inside. The fire spread rapidly, and the siblings came out of the house.

The flames spread quickly across the porch before the three youngest siblings ran out of the house and into the yard. The siblings’ older brother Bryce ran through the smoke and fire about a minute later, just before the flames spread completely.

The home belonged to the Lehman family. Their mother, Tender Lehman, was in a completely different state handling another family crisis. The father was also far away from the home at the time of the fire because he was working in a different part of the state.

The Lehman family’s Ring doorbell video shows the moment the family’s kids all escaped the front door. Tender Lehman said she immediately called her kids and got on FaceTime with the firefighters. She drove her back home in what seemed to be record time.

The Red Oak Fire Department has yet to determine the cause of the fire, but the Lehman family’s five dogs died in the fire. Two of the dogs that died were emotional support dogs for the family, making the loss even more difficult to bear.

The family also says they talked to Birt, their kids’ rescuer, every day since the fire and helped each other heal from the traumatic incident.