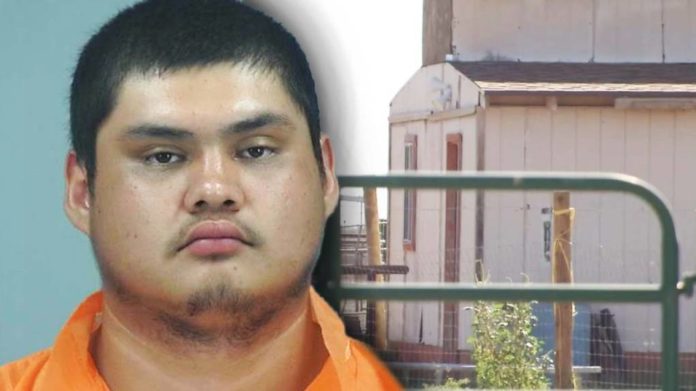 A 21-year-old man is accused of killing four members of his own family with a knife, authorities said. Richard Wilson Jr., the alleged murderer, was still on scene when deputies arrived. He was arrested on four counts of first-degree murder.

Four people were found dead in a house in Casa Grande, Arizona, on Sunday. The suspect was identified as Richard Wilson Jr., 21.

PCSO said that Richard Wilson Jr. was arrested at the scene and is being held on a $2.5 million bond. Wilson has had several previous interactions with the Pinal County Sheriff’s Office since 2019, including assault and a drug offense.

PCSO Chief Deputy Matthew Thomas said the victim’s brother called 911, but the call dropped and deputies could not reach him in time.

The Casa Grande Elementary School District released a statement after a student and staff member were tragically killed over the weekend. Counselors will be on site this week to support students and staff who may need someone to talk to.

Neighbors say it was scary knowing that this could happen next door, and police spotlights remained until 3:30 a.m.

The Pinal County Sheriff’s Office is not releasing too many details about the incident, but says the main weapon was a knife and the victim’s sister tried to call for help but got disconnected.

For more information on this tragic story, please consider the news outlets listed below to stay in the know.