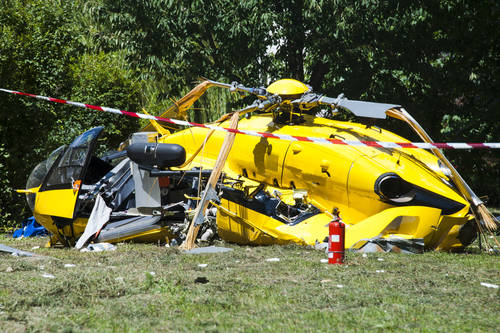 A federal civil lawsuit was launched Wednesday by Kobe Bryant’s widow, Vanessa Bryant, alleging that photos from the fatal helicopter crash were shared by county fire and sheriff’s department employees in settings irrelevant to the investigation.

Three days after the crash, a bartender saw a deputy showing photos of the carnage on his phone. He filed a complaint with the Sheriff’s Department, and the sheriff promised not to discipline the deputies if they came clean and deleted the photos.

Luella Weireter, the wife of a Los Angeles firefighter, testified that she saw a firefighter share photos of Kobe Bryant’s remains with ceremony attendees. Weireter shared that one firefighter broke away from the group and said, “I can’t believe I just looked at Kobe’s burnt up body and now I’m about to eat.”

Vanessa Bryant left the courtroom during testimony about photos taken at the scene of the crash. Victor Gutierrez, a bartender, admitted to telling five sets of people about the victims’ bodies.

Vanessa Bryant’s lawyer said 8 sheriff’s deputies snapped pics of Kobe and Gigi’s bodies at the helicopter crash scene for nothing but personal use. Vanessa now lives in fear that the gruesome pictures of her deceased husband and daughter will be released.

For additional updates on this trial, please consider the news outlets listed below.