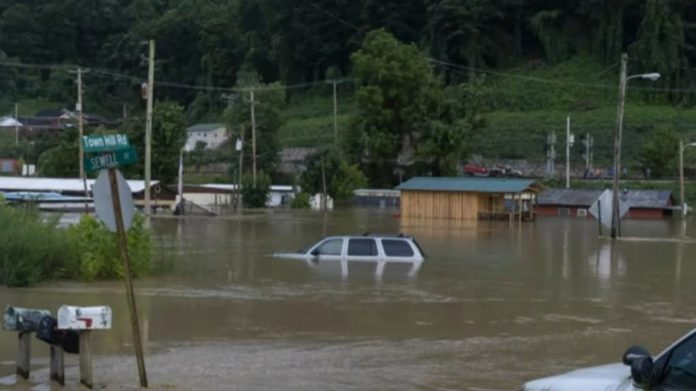 Kentucky’s governor said at least 16 people have died in record floods that wiped out entire communities in some of the poorest places in America. He said the death toll was going to grow as the rain kept falling.

Floodwaters rushed through the area so violently and quickly that residents barely had time to get out. Emergency crews made close to 50 air rescues and hundreds of water rescues on Thursday, and more people still needed help.

Some people were trapped in their homes and couldn’t be reached Thursday, and almost everyone in the area had suffered some sort of damage.

Governor Andy Beshear said it’s hard to determine the number of people unaccounted for because cell service and electricity are out across the disaster area. More than 330 people have sought shelter, and the governor has deployed National Guard soldiers to the hardest-hit areas.

More than 290 people have sought shelter in three parks, and he has deployed National Guard soldiers to the hardest-hit areas. The governor has opened an online portal for donations to the victims, and said it will take more than a year to fully rebuild.

For more details on the flooding, please consider the news outlets listed below.