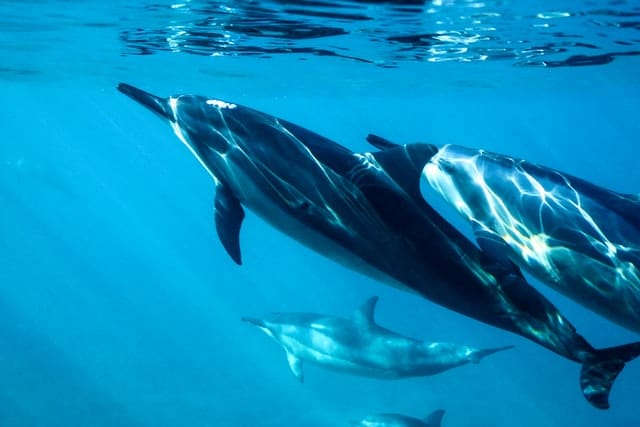 A brief look at militarized dolphins, which Russia is using in the Black Sea – NPR

It sounds like science fiction; however, it is a scientific fact Dolphins have joined the War in Ukraine.  Russia’s military uses specially trained marine dolphins to defend their naval base off of Crimea.  “Dolphins are ideal for killing human divers as they are fast, clever, and powerful,” said Andrew Lambert of the Naval History Division of King’s College London.  Furthermore, if the Dolphins do attack, Vladimir Putin can claim they were not Russian soldiers as he has done for the last eight years on his aggression in Ukraine, a double bonus for the totalitarian regime of Russia.

In further research, it seems Russia is not the only military to train sea mammals for military operations; the U.S. Navy has a history of similar programs working with seals and dolphins to this very day.  Dolphins can use echolocation, which is better than a highly sensitive sonar. They are not made of metal like warships, allowing them to avoid counter-detection and slip through the radius of mines unchallenged.  Dolphins are also used as patrol dogs, only in the sea.  Animal rights activists disagree with putting dolphins or any animals in harm’s way, which does cause a certain political tension around their use in warfare.

Leveraging dolphins in war dates back to World War I; it is not a topic you typically hear much about.  Back then, the UK Royal Navy had to “Bribe” circus sea lions to find submarines because the Sea Lions would get bored and go off task quickly.