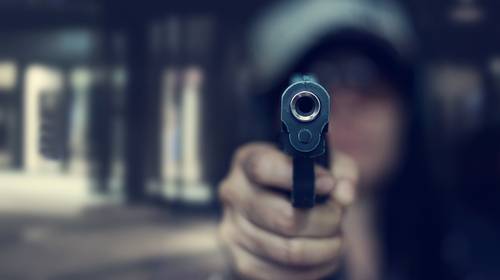 During a home invasion in Owen County, Indiana, on Wednesday night, a homeowner lost his life after exchanging gunfire with the two suspects.

First aid was administered to Salinas, but the victim died at the scene.

Salinas and two suspects exchanged gunfire during the home invasion, and the suspects fled before responding officers arrived, according to an initial investigation.

It is reported that the two suspects fled in a gray or blue passenger vehicle in an unknown direction. This is according to a press release by the Indiana State Police Bloomington District.

Neither the make nor model of the vehicle was known, according to the release, nor if the suspects were injured in the exchange of gunfire.

State Police said video footage is being obtained from nearby locations, and leads are being followed up on as part of the investigation.

According to the department, there is no danger to the public.

Police ask anyone with information about the matter to call the Indiana State Police Bloomington Post at 812-332-4411 and ask for Detective Ian Matthews.