BCSO spokeswoman Jayme Fuller said those onboard their helicopter Metro 2 were heading back to Albuquerque after assisting firefighters with the East Mesa Fire. 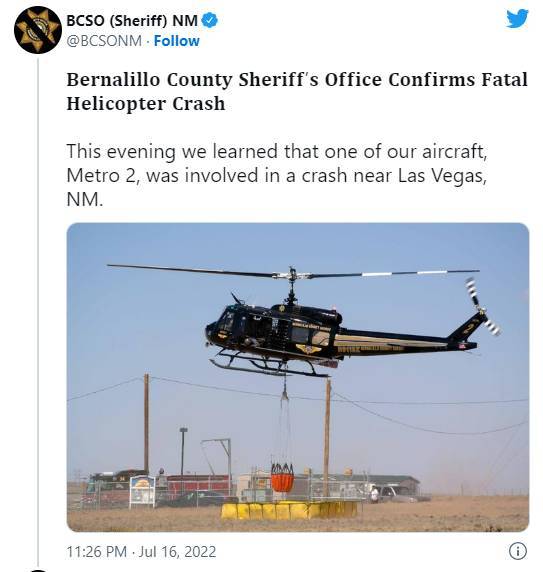 “There are no known survivors,” she said. “At this time the investigation into this incident is in its preliminary stages. As we learn further details, we will provide them through official press releases.”

BCSO tweeted “we need all the prayers we can get right now” above a picture of a black band across a sheriff’s office badge.

“I am heartbroken by the tragic loss of four New Mexicans while in the line of duty,” Gov. Michelle Lujan Grisham said in a statement. “These were four dedicated public servants who were doing what so many of our first responders do day in and day out: working tirelessly to serve and protect their fellow New Mexicans.”

Authorities did not identify those who died, say what led to the crash or give any other information about what caused the crash. Which is still under investigation.