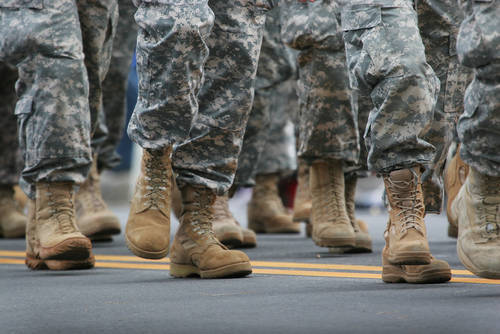 Killian Ryan served as a fire support specialist and with the 2nd Battalion, 319th Airborne Field Artillery and the 1st Battalion, 325th Airborne Infantry Regiment, according to the Airborne Corps. Ryan was never deployed, officials said.

The FBI alleges that Ryan had online ties to racially motivated extremists and posted his motivation for joining the Army on an Instagram account. The Army cooperated with the FBI in Ryan’s arrest.

Killian Ryan, a former paratrooper, was given top security clearance despite ties to white supremacist organizations and Nazi ideology.

A criminal investigation uncovered that Ryan had registered multiple social media accounts with an email that included “naziace1488” and that one of the accounts had “been in contact with numerous accounts associated with racially motivated extremism”.

Ryan was charged with one count of knowingly making a false statement on his application for a secret security clearance. He was discharged from the Army for “serious misconduct” after being found to have operated social media accounts where he met extremists.

Defense Secretary Lloyd Austin ordered new steps in April 2021 to tackle extremism in the ranks of the military, including updated screening questionnaires for recruits and a review of the definition of extremism.

For additional information on this story, check out the news outlets listed below.