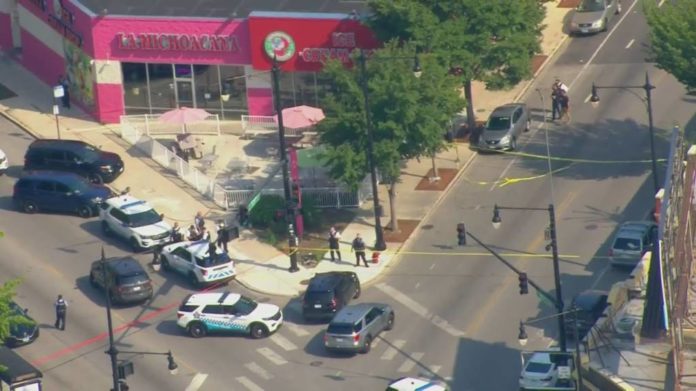 Four people believed to be CPS students shot near Schurz High School on Northwest Side — one in serious condition, authorities say – Chicago Tribune

Four people were shot near Carl Schurz High School in Irving Park Wednesday. A dark-colored SUV pulled up and opened fire at a group of people on the patio of an ice cream shop.

Police said two 15-year-old boys were struck in the face and neck and were in critical condition. A 17-year-old boy was taken to Community First Hospital in good condition.

Police said two victims were CPS students, one attended an alternative school and the fourth victim may not have been a student. No one is in custody, and an investigation is ongoing.

A student said he heard four or five gunshots and saw an injured person on the sidewalk. He said the school was immediately placed on a soft lockdown.

CPS released a statement after a shooting near one of their high schools, saying students had been released.

Freshman Gianni Ramirez says she was worried about her dad, who was waiting just steps from the shooting. The shooter drove away east down Addison and the city pod camera right at the intersection appears to be malfunctioning.

For more information on this story, check out the news outlets below.