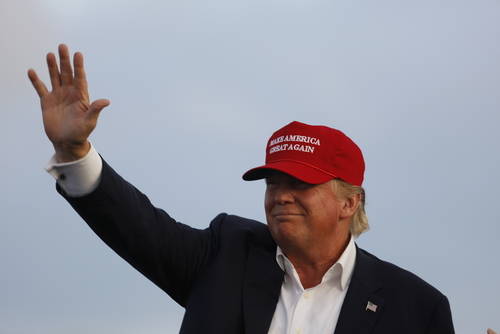 The former president called the FBI’s raid on his Mar-a-Lago home “unAmerican, unwarranted, and unnecessary” and said he supported the “immediate release” of the search warrant.

The former president is encouraging the release of documents related to the raid of his home in Palm Beach, Florida, Mar-a-Lago.

Trump said the raid was inappropriate and highly unethical, and suggested it could be an effort to keep him from re-running for office.

Magistrate Judge Bruce Reinhart ordered the DOJ to serve a copy of its motion on former President Trump’s counsel.

Attorney General Merrick Garland said he “personally approved” the FBI’s search of Trump’s home, and that the Justice Department had filed a motion to make the search warrant and property receipt public.

The FBI did not use the word “raid” to describe their search of Trump’s estate.

The release of the search warrant and property receipt will reveal information about the sale of former president Donald Trump’s Mar-a-Lago resort.

Mar-a-Lago was raided at 6:30 in the morning by a very large number of agents, who rummaged through closets and personal items of former first lady Melania Trump.