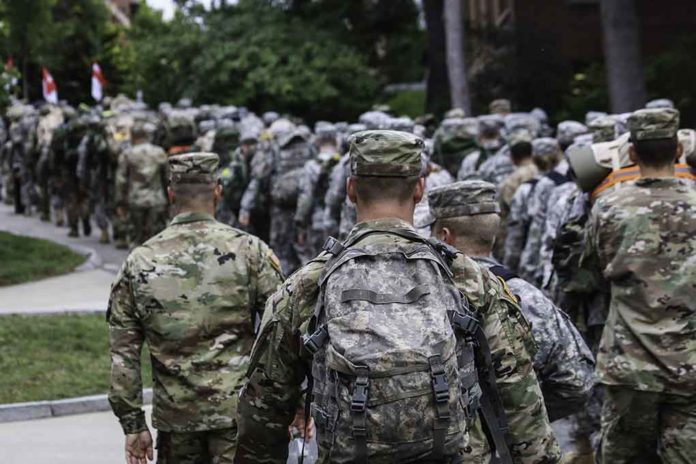 (InformingNews.com) – The Pentagon announced on February 2 that President Joe Biden approved sending military troops to Eastern Europe. Troops will number in the thousands and deploy over the coming days. The move is a response to the ongoing situation directly involving the U.S., NATO, Russia and Ukraine.

Tensions have been mounting in Eastern Europe. The U.S. and NATO accuse Russia of planning an invasion into Ukraine; Russia denies the claim and has called for further talks to deescalate the dangerous situation. Diplomacy has been unproductive until now, with both sides citing unacceptable security concerns. And as this clash of nuclear-weapon states continues to evolve from the Kremlin all the way to the White House, the U.S. has made a major commitment that shows Joe Biden’s commitment to the region.

JUST IN: Biden signs off on sending thousands of troops to eastern Europe "in coming days" https://t.co/D6f5YSuWBl

Before the new military order, President Biden has mainly stuck to negotiations and threats of sanctions in an attempt to reduce the tension. The deployment is the first time he’s used military action as a response to the situation.

The president had been vocal about not sending in troops unless Russia breached the border. It is unclear why he’s changed his mind and chosen to make a move now.

The plan includes moving 2,000 troops from Fort Bragg to Germany and Poland. The Pentagon will then reposition 1,000 soldiers based in Germany into Romania. Pentagon Press Secretary John Kirby said other NATO countries are also building up troops in the area.

What do you think about the developing situation in Eastern Europe? Send us an email and let us know.