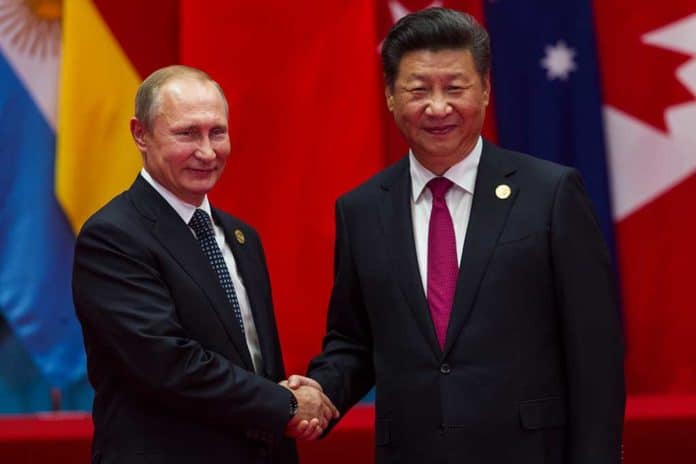 (InformingNews.com) – China believes it’s in control over Taiwan, while the island nation is asserting its independence. For a long time, the status quo was enough. China let Taiwan operate within its own government system but kept the region under its wing. However, Taiwan is slowly trying to gain strength through international ties, which is creating a lot of tension. Now, the situation is a concern for the United States because, should a military conflict arise, the US would likely end up in the middle of it.

Qin Gang, China’s US ambassador, said in an exclusive interview with NPR at his residence in Washington, D.C. that if Taiwan continues seeking independence, it will likely lead to war between China and the United States. He noted the contention over Taiwan is the most significant hot button issue between the two countries.

These frank remarks are unusual for Chinese officials. They typically rely on general terms to get their points across. Qin’s words carry a bit more strength because they were so direct and matter of fact. The ambassador is warning war may be imminent over Taiwan.

After the communist power took over the mainland, the former government fled to Taiwan, where it remains in power. This arrangement is at the heart of the issues between the island and the mainland.

The United States supported the new government in Taiwan but has maintained a hands-off approach, not involving itself in issues between the two regions. The US will offer aid when needed, and aggressive military moves by the mainland have drawn American attention. Should China make a move to take over the island, US forces would likely help defend it.

Beyond the Taiwan tensions, the current US-China relationship is not great. The United States maintains Trump-era sanctions Chinese leaders hoped President Biden would lift. Plus, there is additional strain due to the diplomatic boycott of the Beijing Olympic Games. US officials will not participate in ceremonies as a protest of China’s treatment of Muslim minorities in Xinjiang.

The ambassador said the implications of human rights violations by the Chinese government are false, stating that some of the Muslims are terrorists who deserve imprisonment.

Qin’s explanation sounds like the typical language China uses to paint a rosy picture of a situation and manipulate the narrative. More importantly, the issue only highlights the severity of the ambassador’s statements on a potential US-China conflict over Taiwan.