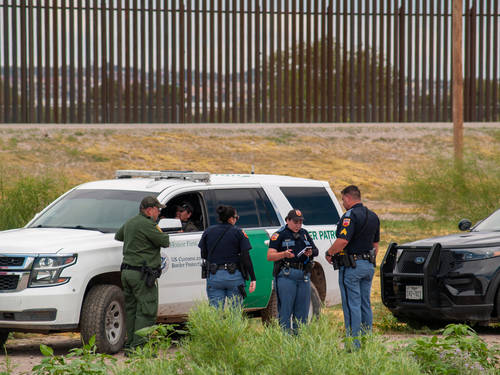 According to court documents filed Thursday, two brothers were arrested after one of them opened fire on migrants getting water near the U.S.-Mexico border, killing one man and shooting a woman in the stomach.

According to the Texas Department of Public Safety, the shooting took place in rural Hudspeth County about 90 miles from El Paso.

The victims were among migrants getting water alongside the road when a truck with two men inside pulled over. To avoid being detected, the group took cover as the truck first passed, but the truck then backed up.

Court documents state that Michael Sheppard and Mark Sheppard, both 60, were charged with manslaughter. There was no information available on Thursday about whether either man had an attorney.

It appears that Michael Sheppard was a warden at the West Texas Detention Facility, a privately owned center that houses migrant detainees under contract with ICE.

According to a spokesman for Lasalle Corrections, the center’s warden was fired for an off-duty incident unrelated to his employment.

According to court records, the authorities found the truck by checking cameras and identifying a vehicle matching the migrants’ description.

There have been over 2.2 million illegal border crossings just this year alone and that is based solely on the data of those that were accounted for and subsequently released into the United States.

As a result of the surge, governors and other officials of border states are seeking to declare an invasion. Something the federal government should be responsible for.