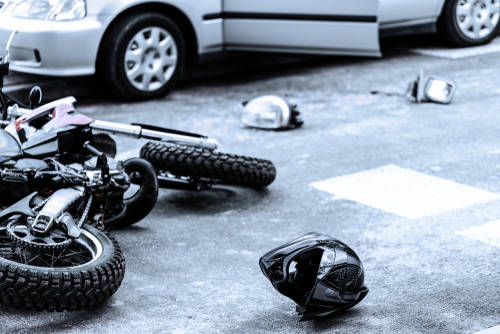 A four-year-old boy named Mario Rosario Jr. was killed in a scooter crash in the Bronx last night while riding with his father. The scene remained blocked off as police investigated the incident and first responders tended to the victims.

Police said Rosario Sr., 24, was driving his stolen two-wheel scooter when he collided with a 2022 white Toyota Camry. The force of the crash sent the scooter onto the sidewalk, and both father and son were thrown to the ground on Bailey Avenue. The four-year-old boy suffered head injuries and was pronounced dead at the hospital.

Police say the driver of the sedan stayed on the scene and will likely be charged with something unrelated to the crash. The boy’s father is also being questioned due to the scooter being stolen.

A man identified himself as the brother-in-law of the sedan driver, and news sources what happened: “Sad, My heart is in sorrow. He called me, I come running down, the crowd is already there.”

William Baez, 51, was the driver of the sedan. He stayed on the scene after the crash happened. Baez was charged with aggravated unlicensed operation of a motor vehicle. His brother-in-law defended him, saying he was unaware his license was suspended.