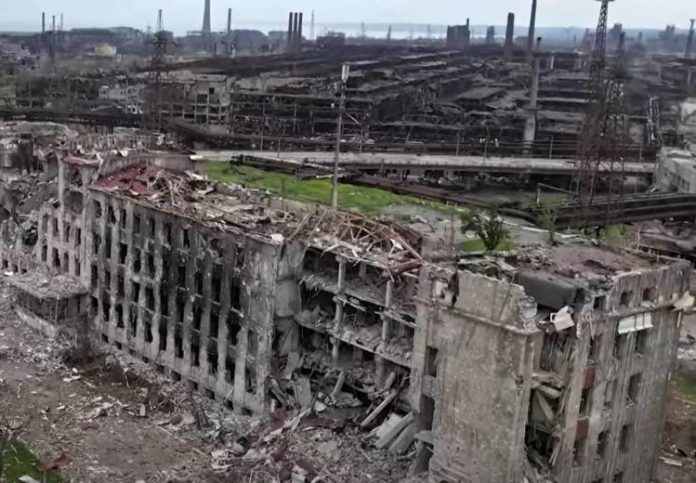 Ukraine: 200 bodies found in a basement in Mariupol’s ruins – The Associated Press

Officials said workers digging through the rubble of an apartment building in Mariupol found 200 bodies in the basement.

The bodies were decomposing and the stench hung over the neighborhood, said Petro Andryushchenko, an adviser to the mayor. He did not say when they were discovered, but the sheer number of victims makes it one of the deadliest known attacks of the war.

Russian forces pounded Mariupol for nearly three months, killing 21,000 people and leaving 100,000 people trapped in the city with little food, water, heat, or electricity. They also attacked a theater where civilians were taking shelter. The original death toll thought to number 300 turned out to be over 600. Mostly civilians seeking refuge from the shelling.

In the Donbas, Russian troops took over an industrial town and intensified their efforts to encircle and capture Sievierodonetsk and other cities, killing 12 people and destroying everything around, according to the governor of the Luhansk region.

For eight years, the Russians have been waging war against Ukrainian forces in the Donbas. Some localized gains have been achieved despite strong Ukrainian resistance along dug-in positions.

Russian troops have taken over the industrial town of Svitlodarsk in the Donetsk region and raised the Russian flag there. They are checking residents’ documents and continue their assault, shelling the eastern city of Slovyansk.

Russian officials acknowledged that their advance has been slower than expected but vowed to achieve their goals. Russian officials also stated they cleared mines from the waters off Mariupol and opened a safe corridor for foreign ships presumably so that grains and other exports can be accommodated.

Residents of Kharkiv, Ukraine’s second-largest city, formed long lines to receive rations of flour, pasta, sugar, and other staples this week. Many local residents wonder how long they can hold out under the constant threat.