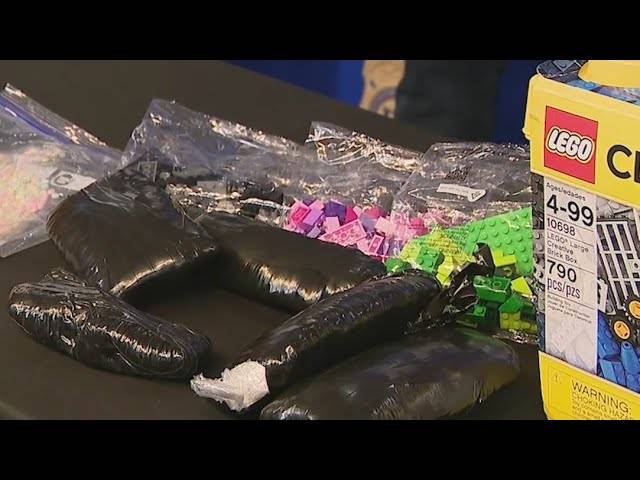 A New Jersey woman was arrested after a recent traffic stop in New York City for possession of a powerful narcotic.

NYPD officers saw Leticia Bush enter the back seat of a vehicle on the 400 block of 10th Avenue shortly after 7 p.m. on Sept. 28, authorities said. Bush was carrying two black tote bags and a yellow LEGO container, officials said.

Authorities stopped a vehicle outside the Lincoln Tunnel and found the woman in the back seat with taped brick-shaped packages next to a children’s box of Legos. The packages contained approximately 15,000 pills, which were tested and found to contain Fentanyl. The pills were imprinted with “30 M” to resemble 30mg oxycodone hydrochloride pills.

Federal agents report that a recent multi-state sting initiative led to the confiscation of more than 10 million Fentanyl pills and nearly a thousand pounds of Fentanyl powder. Rainbow Fentanyl in particular is troublesome because of its appearance.

Leticia Bush, 45, of Trenton, New Jersey, was arrested outside the Lincoln Tunnel and charged with several counts of possession.

The DEA and law enforcement partners say they’ve seized the first significant seizure of rainbow fentanyl, which is similar looking to party drugs. The pills are meant to be more appealing so Mexican cartels can cultivate a new market among younger people.

For additional information on this drug bust, take a look at the news outlets listed below to stay in the know.