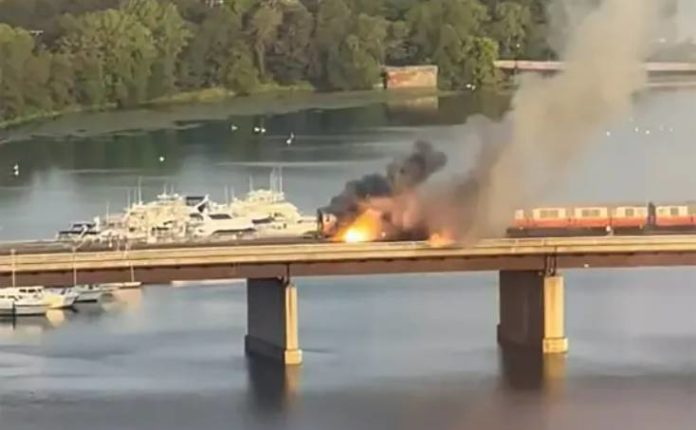 A Boston subway train caught fire on a bridge Thursday morning, causing chaos as commuters escaped through windows and one straphanger resorted to jumping into the river below.

Wild video taken from inside the train showed passengers climbing through the windows of the train and fleeing onto the tracks. Footage from the tracks also shows passengers-turned-good Samaritans catching one another as they jumped out the windows with smoke billowing around them.

“An unidentified female passenger jumped off the bridge into the river,” Somerville Fire Chief Charles Breen told the Boston Globe. “Our marine boat happened to be in the river for training and was on scene immediately.