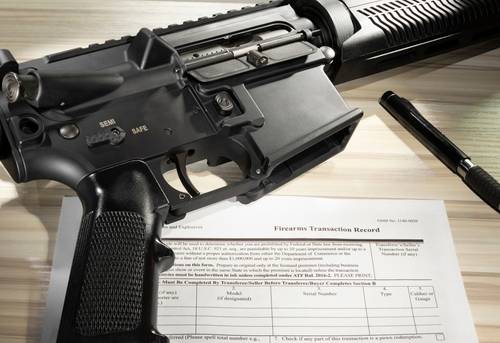 Orlando Harris, the St. Louis school shooter, bought the rifle used in the school shooting from a private seller who had purchased it legally in 2020.

St. Louis police were called to the home of Orlando Harris on Oct. 15, nine days before he went on a shooting rampage inside a St. Louis high school. They didn’t confiscate the AR-15 rifle he had in his possession despite being flagged for the purchase.

This is because of differences in state and federal gun possession laws.

St. Louis police said they would have no authority to seize the gun in question under existing state law, but some experts say the state Legislature granted courts some control over gun possession when an individual suffers from a mental health condition.

Police had been to Harris’ home multiple times in the past two years for mental health-related reasons, but Missouri law does not prohibit a person who has been “involuntarily committed” from possessing a gun.

Missouri passed a law, now tied up in courts, that claims state law supersedes federal law on issues of gun ownership. Police say they didn’t have the authority to take Harris’ gun.

If Harris’ mother had him committed to a mental institution, police could have taken the gun from him when they went to the home on Oct. 15. The Second Amendment Preservation Act deals exclusively with prohibiting the federal government from enforcing gun laws in Missouri.

There is enough uncertainty among police to prevent an officer from taking a gun even if there are warning signs and they have the right to, said Republican state Rep. Lane Roberts, who “reluctantly” voted for the bill despite concerns about consequences for police officers and departments that enforce federal gun laws.