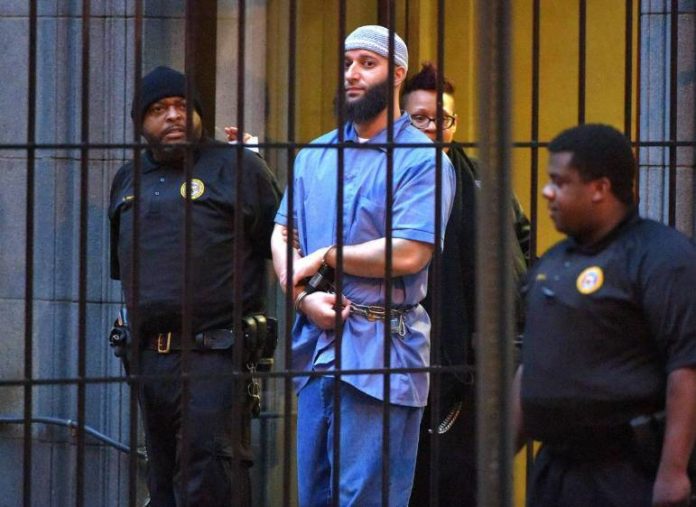 A new trial could be ordered for Adnan Syed after city prosecutors determined that their predecessors withheld information about alternative suspects in Hae Min Lee’s 1999 murder. His legal saga rocketed to international renown with the hit podcast “Serial.”

Syed’s conviction was vacated Wednesday by the Baltimore State’s Attorney’s Office, according to legal papers filed in Baltimore City Circuit Court. In the new motion, prosecutors claim they knew decades ago that another suspect threatened to kill Lee, Syed’s former girlfriend, but neglected to inform defense attorneys about it. This is known as committing a Brady violation.

At the time, police believed he killed and dragged Lee through Baltimore’s Leakin Park before strangling her to death and burying her in a clandestine grave. He has always maintained his innocence.

New evidence was discovered through a year-long investigation by prosecutors and Syed’s attorney, including that “alternative suspects” either committed serial rapes and sexual assaults or attacked a woman in a vehicle, according to the documents. A home associated with one of the alternative suspects was also identified as the location of Lee’s vehicle, according to the prosecutors’ motion.

According to the motion filed by the Baltimore City State’s Attorney’s office, they have lost faith in Syed’s conviction.

In her motion, Becky Feldman, head of the state attorney’s office’s Sentencing Review Unit, wrote that Brady violations deprived the defendant of information that would have bolstered his investigation and argument that someone else had caused the victim’s death.

Erica Suter, Assistant Public Defender, supported the prosecutors’ motion with her own legal paper. She also released a statement.

This unjust conviction cannot stand, said Suter, director of the Innocence Project clinic at the University of Baltimore School of Law. “Given the stunning lack of reliable evidence implicating Mr. Syed, coupled with increasing evidence pointing to other suspects,” he said. As a result of this revelation, Mr. Syed is grateful and eagerly awaits his trial.

As part of their request, prosecutors asked a judge to set a hearing, to order a new trial, and to release Syed on his own recognizance pending the ongoing investigation. A judge has not yet set a hearing for the motion to vacate Syed’s conviction, and it is the judge’s decision whether to do so.

Currently, Syed is incarcerated at the Patuxent Institution in Jessup, Maryland.

At age 17, he was arrested and jailed. He may now be able to go home after 23 years behind bars.

Rabia Chaudry, a longtime friend and public advocate, described the prosecutors’ move to vacate his conviction as surreal.

“This is validating,” Chaudry said. “It’s what we’ve been saying for decades.”

Lee’s family was notified before the state’s attorney filed the motion to vacate Syed’s sentence, according to a spokeswoman. Lee’s family is entitled to attend the hearing in the case if it is set by the judge.