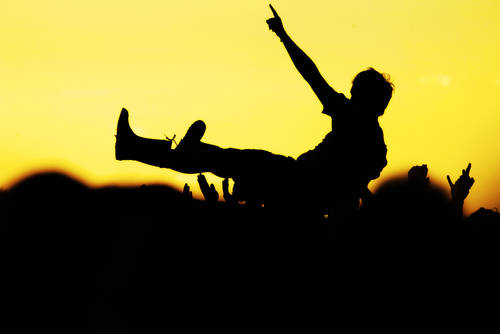 During school games, it’s highly encouraged for everybody to have school spirit. Students and teachers alike fill the bleachers with their support and cheers. However, one superintendent took his school spirit a little bit too far.

Students found this odd enough to report him to the police. His actions drew attention to himself and put him on law enforcement’s radar, police said.

A police officer spotted Thomson’s car turning onto campus from Oneida Street, without using a turning signal, and pulled the driver over. Thomson admitted to having one beer at a local restaurant before he was pulled over.

Thomson was arrested for driving while intoxicated at 8:34 p.m. and was ticketed for failing to signal before a turn and not having a front license plate. After he was arrested, the superintendent was brought back to the police station.

Thomson declined to comment about the incident, and the school board said it will take appropriate action if warranted. The board will also hold a special meeting Monday to discuss Thomson’s employment history.