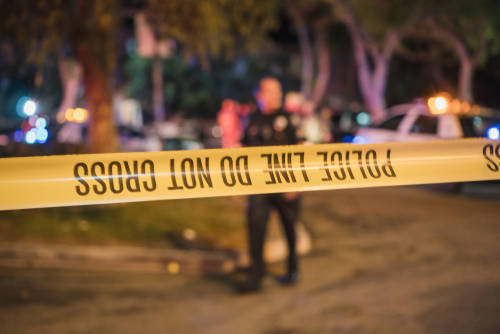 Prosecutors charged the 20-year-old with murder on Wednesday for the fatal shooting of a off-duty Monterey Park police officer during an attempted robbery that went wrong at a parking garage in Downey.

Carlos Daniel Delcid, of San Pedro, is accused of firing at officer Gardiel Solorio five times while trying to rob him at the LA Fitness parking lot, located at the 12700 block of Lakewood Blvd., L.A. County District Attorney George Gascon said during a news conference.

Delcid, who will also face a special circumstances charge of murder while conducting a robbery and one count of being an unlawful gun carrier, is scheduled to appear in court Wednesday afternoon, at which time he is expected to enter a guilty plea to that charge.

He faces life without the possibility of parole if convicted, Gascon said. “Senseless gun violence has once again taken away a man committed to defend others”, Gascon said.

Solorio pulled into a parking garage just before 3:30 p.m. Monday. Shortly after parking, DeLicci would exit his nearby car and approach Solorio, his weapon drawn, Gascon said.

Solorio tried to get back into his car as Delcid allegedly fired a shot into his direction from a short distance, Gascon said.

Delcid then jumped into the passenger door of a get away car and was driven off by the 17-year-old.

Described as modest, committed, altruistic and hardworking, Solorio is survived by his parents, siblings and fiancee, Monterey Park police Chief Kelly Gordon said Tuesday. His family described him as “tough as nails, but a goof ball at heart”.

He was raised in Bell Gardens, she said, and graduated with a bachelors degree in criminal justice from California State University, Los Angeles.

He had just graduated from police Academy in July, and began his on-the-job training with the department on July 25, Gordon said. “While he was a short-timer at Monterey Park, we all knew the minute we met him he had a heart for the community and was going to make an outstanding officer,” she said.

Inmate records show that since December of 2021, Delcid has been arrested three  times. In March, he pleaded not guilty to burglary and causing bodily harm to a spouse or a domestic partner, court records showed, and was sentenced to 180 days in jail followed by four years of probation.

Charges of assault with a deadly weapon, false imprisonment and witness tampering were dropped in a plea agreement, according to court records.