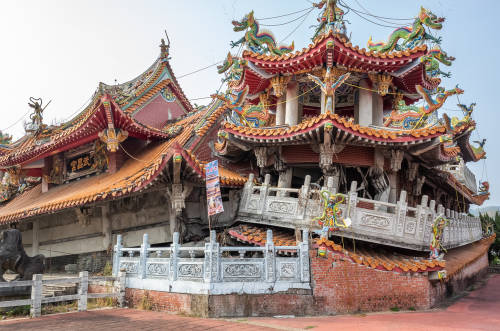 Aftershocks were still being felt Tuesday, the state media said, one day after the U.S. Geological Survey (USGS) said the magnitude-6.6 earthquake rocked a region southwest of Sichuan’s capital, Chengdu, at about 1 p.m. on Monday.

So far, 248 injuries had been reported, with at least 12 others missing, according to state media.

The U.S. Geological Survey said the earthquake’s epicenter was located some 27 miles southeast of the town of Kangding, home to around 100,000 people. More than one million residents of surrounding areas were estimated to have felt mild shaking after the quake, it added.

Some homes were heavily damaged by the quake, with images showing entire buildings collapsing in heaps of bricks and timber beams.

Sichuan, a province with a population of 84 million, was already facing a very difficult summer ahead of the powerful earthquake. In the past couple months, the province has been suffering from droughts and the worst heat wave it has seen in 60 years.

The landlocked region is vulnerable to earthquakes due to the Langmenshan fault running across the mountains in Sichuan.

The magnitude-7.9 quake which hit Sichuan in 2008 was among the most damaging earthquakes in the country. Nearly 90,000 people were killed, with shaking felt across cities over 1,450 kilometers (900 miles) away.

Last year, Sichuan was hit by a magnitude-6.0 quake that killed three and injured 60, according to state media reports at the time.